New…and not so new releases

It almost seemed this summer is going to be quite time as far as the news from the armour kit producers are concerned and that I might actually have some time to finish my started builds. In the last few days (or rather weeks by now) however, quite a few interesting pieces were announced that I am definitely looking to get.This was mostly thanks to Bronco, bu some new name seem to be popping up on the market as well.

Bronco came out with quite a flurry of new releases of which following three are the most exciting for me: 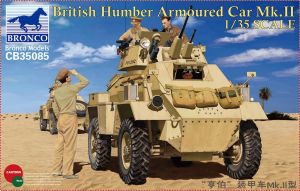 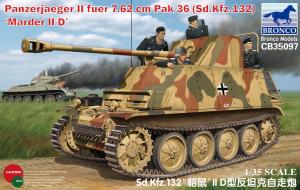 North Africa seem to be ever popular theatre of operations and the Sd. Kfz. 233 as well as Humber Mk. II are more than welcome additions that have been missing on the market. Panzerjaeger II is also neat looking vehicle with very attractive camo scheme shown on the box art.

All the fans of the Canadian armour must have been pleased by the announcement by a new name among the plastic kit producers – Mirror models. They have announce series of vehicles based on the C15 chassis: 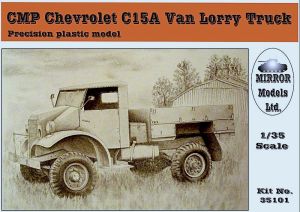 Hobby Boss promised us already some time ago two additions to the family of Russian armour:

T-26 is quite interesting one, it came as a nice surprise and I guess there is not many of us who know a lot about this tank.

Twin-turret version of T-26 is definitely most welcome. I hope HB will follow with the polish 7TP version soon, as this sports much more interesting camo schemes.

Let’s just hope that these releases will come soon, not like Dragon’s Panzer IV/L70 (A) which was promised last February and I am still waiting for it or AFV’s Dorchester that was supposed to come this June…