Riich models, a relative newcomer among the plastic kit producers has just announced two new exciting releases for the spring of next year. Both of these vehicles can be expected to be a hit with many modellers: 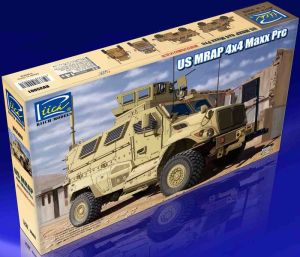 It seems that resin kit producers are having tough times these days – Bronco is just releasing its M1070 HET with M1000 trailer – not that long after this was released by Accurate Armour. This announcement coming on the heels of Legend’s MaxxPro release makes you wonder whether it’s worthwhile jumping for the new resin kits of attractive subjects or whether it’s better just to wait some months…

Given that pictures are showing finished box art for both of the above kits, let’s hope these would be coming out as indicated.

Hi, my name is Vladimir Adamec and on this blog you can read about my experiences, inspirations, successes and failures on my modelling path.
Join 2,334 other followers